GBPJPY Is Locked In Consolidation As Buyers Refuse To Yield

GBPJPY is locked in consolidation as both buyers and sellers refuse to shift ground. The sellers were set to dominate the market when they increased pressure on the strong 159,680 support at the end of April. The pressure was such that it drilled downward using a triangle pattern. By May 10, the support level had been violated. However, the buyers did tremendously well to lift the market from 156.030 back above 159.680.

The bears seem to be unbeatable at 167.810. Despite all the aggressiveness of the buyers in breaking through the 159.680 level as resistance, they could not go beyond the 167.810 resistance level. However, the buyers are more potent since they have captured the 159,680 price level and converted it to a solid support. They survived the scare of a drop in price on the 10th of May.

Moving forward, the market has been locked between the critical 167.810 resistance level and the 159.680 support level. The Relative Strength Index (RSI) indicates that despite the consolidation, the bears currently have the upper hand. This is shown as the RSI line undulates downward. This sentiment is supported by the Elders Force Index (EFI), whose power line is more biased towards a negative value. 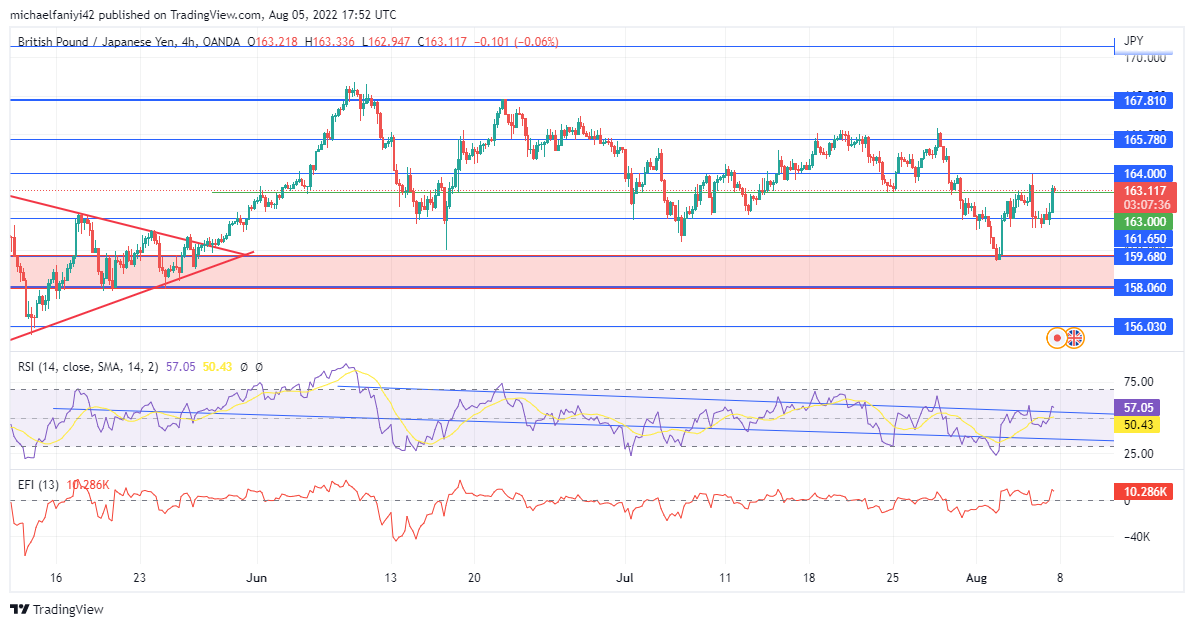 Due to the biases of the indicators on the daily chart, the trend of the market in consolidation is currently bearish. This is the same in the short time frame. The RSI line is trending downwards, and the power line is more present below the zero level. The market is predicted to keep ranging for a while longer, which means the price is expected to shoot up towards the 167,810 resistance level thereafter.

Note: Learn2.trade is not a financial advisor. Do your research before investing your funds in any financial asset or presented product or event. We are not responsible for your investment results

Forward Guidance: Soaring US Inflation to Ease Off in July

Dogecoin Holds Above $0.07 as Buyers Attempt to Push

Sellers May Oppose Buyers at $0.066 Level

GBPJPY Continues the Market’s Upward Trend After a Retracement

There are three reasons for cryptocurrency market scrolling: