Review Scam or Legit? Blog Investment How To Measure a Trade’s Size:
Investment

How To Measure a Trade’s Size:

Knowing the basics of forex is one thing, but properly measuring a trade size when trading is a very important success factor for new and experienced traders.

What is A Lot in Forex?

The change in one currency value relative to another is measured in “pips,” and the impact of the pip value on your capital is related to the amount of the lot that you trade. For example, a one-pip movement for a standard lot corresponds with a $10 change. Whereas, one pip movement for a mini and micro lot is $1 and $0.1 respectively.

What is a pip? 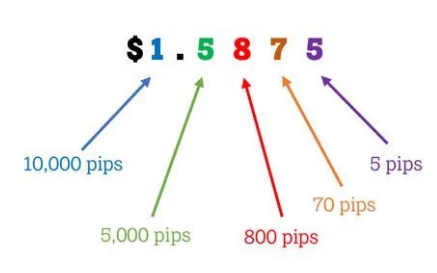 A pip is the standardized unit and is the smallest amount by which a currency quote can change. It is usually 0.0001 for US dollar related currency pairs, and 0.01 for Japanese yen related currency pairs since they go out to two decimal places. For example, if the exchange rate of EURUSD rises from 1.1343 to 1.1345, that 0.0002 rise in the value equals two pips.

On the other hand, since the Japanese yen pairs go out to two decimal places, the second decimal 0.01 is considered a pip. For example, if the USDJPY exchange rate rises from 109.74 to 110.74, then it is said that USDJPY has climbed by 100 pips.

The effect that a ten-pip change has on the amount of base currency purchased, or of the pip value itself, depends on the units of base currency purchased. For example, if a trader buys one standard lot (100,000 units) of US dollar with Canadian dollar or similarly, buy one lot of USDCAD, the price paid will be 132,620 Canadian dollars ([1.3262] x 100,000) assuming the exchange rate for USDCAD is 1.3262.

If the exchange rate for this pair experiences a ten-pip increase, and then the trader decides to conduct the same transaction, the price paid now would be 132,720 Canadian dollars ([1.3272] x 100,000) for the same one lot purchase of US dollars.

Now if we assume the trader decides to sell a one-lot USDCAD, it means that he or she is selling one lot of US dollars and receiving Canadian dollars. Therefore, assuming the exchange rate remains the same as the example above, 132,620 Canadian dollars will be received for the sale of one lot or 100,000 US dollars.

However, if the same scenario happens and the exchange rate jumps by a ten-pip, then the trader decides to sell USDCAD, he will receive 132,720 Canadian dollars for one-lot US dollar. Now if the trader buys or sells a mini lot (10,000) instead of a full lot of US dollars, a pip value would have been Cad$ 1 or US$ 0.75 for a mini lot transaction. Therefore, the pip value increases depending on the amount of the underlying currency (in this case US dollar) purchased.

Most forex brokers use a 5-decimal quotation system on pairs like the GBPUSD, EURUSD, USDCAD, etc. The fifth decimal place denotes 0.1 or 1/10 of a pip, which is also called a pipette or a point.

How to Calculate the Pip Value?

Calculating the pip value can be confusing. As it was discussed in the previous topic, a pip is a unit of measurement for currency movement and is the fourth decimal place (0.0001) in most currency pairs. For instance, if the GBPUSD moves from 1.2972 to 1.2973, that’s considered a one pip movement.

As a trader, it is crucial to know how much of a profit or loss a pip movement generates on a particular currency pair that you are trading then that can help to calculate the risk exposure of each trade precisely.

If your trading account currency is in USD, calculating the pip value is straight forward. Simply, when the USD is listed second in a pair the pip value is fixed and does not change, the fixed pip amount is:

Let’s take a look at the example below to illustrate how to calculate the value of 1 Pip for one standard lot of EURUSD, where the base currency of the account is in USD.

The pip will be valued in the “counter currency” of the pair. Therefore, the above-fixed pip calculations apply to any pair, where the USD is listed as counter currency, such as; EURUSD, GBPUSD, AUDUSD, NZDUSD.

The result is $0.75, which is the pip value of USDCAD in the US dollar.

For a standard lot, you can do the same

Whatever currency the account is, if it is listed second in a pair, the pip values ​​are fixed. For example, if your account capital is in Euro, any pair that has Euro as the counter currency (second currency) will have a fixed pip value.

How to Trade in Quotex for Beginners

Dogecoin Trades Marginally as It Is Unable to Sustain

EUR/JPY Trades in the Overbought Region as It May

FTSE 100 Trades Marginally as It Reaches the Overbought